Welcome to Our School 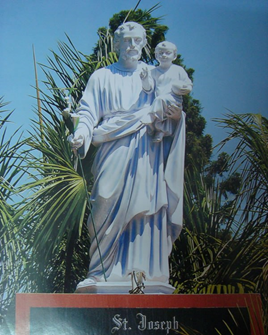 St. Joseph’s Academy, located in the heart of the Doon Valley in a sprawling seventeen acres campus was established by the Patrician Brothers on 2nd March, 1934. Beginning with a mere 15 students and 7 staff members and under the guidance of Bro. Adrian Keogh, the first principal, and a community of Brothers, the school grew rapidly, acquiring the status of a premier educational institution of Dehradun. Today, the school caters to about 3850 students , 140 teachers and about 60 ancillary staff with state – of- art facilities, ample space and the most desirable educational ambiance.

With the completion of the “Heritage Building“ in 1936, boarding was introduced to SJA for better imparting of education, but was discontinued in 1976 owing to lack of space. Her growth over the years has been phenomenal and new facilities had to be added to the campus to accommodate the demand. She celebrated her Silver Jubilee in 1959, Golden Jubilee in 1984 and the Platinum Jubilee in 2009.

Excellent academic results, sound moral values, keen interest in sports, extra-curricular activities and an all-round personality development have been the hallmarks of St. Joseph’s Academy, ever since her inception. Over the years, she has been instrumental in the formation of noted personalities, both in India and abroad, in all spheres of life. In the year 2003 and 2013, one of our students was the All India Topper in the ICSE (Class X) Examination and the ISC (Class XII) Examination respectively.

The students are divided into four houses named after the four pioneering Brothers of the school, namely, Bros. Donovan (Yellow), Duffy (Red), Dooley (Green) and Bergin (Blue), who contributed significantly towards the growth of the school. The motto of the school is ‘Laborare Est Orare’ (Latin) which means ‘Work is Worship’, which we endeavor to inculcate in our students and staff fraternity.