This statement is a reflection of the fact that art, both fine and performing, are an integral part of our lives. They teach us team-spirit, co-operation, creativity and so much more. Thus, to promote these art forms, and to uncover the vast potential and hidden talent of the Josephites, the school organizes a mega cultural fest every year in the month of May, known as the Cultural Week.

The Cultural Week is essentially a three-day long show, in which the four houses of the school: Bergin, Donovan, Dooley and Duffy, compete for the winners’ trophy, and for the bragging rights. The students in each category represent their houses in each event, against the other houses; the best one wins. Most events are divided into two categories: Middle (Classes VI - VII) and Senior (Classes IX - XII).

There is a vast variety of events to choose from: apart from the common events such as Dramatics (English and Hindi), Music (English, Hindi, Medley) and Dance (Western, Classical, Bollywood), there are certain other innovative competitions such as Adapt-a-tunes, Street Jam, Mime and so on. There are also Art events such as painting and craft of various kinds. The technological events also make a fair share up, including Movie Making, Working Model and so on. So, it can be said that this three - day extravaganza brings out the best in the Josephites, apart from being a treat for the eyes in itself. This event, each year, sees great fervor and extensive participation from the extremely talented and ever zealous Josephites. 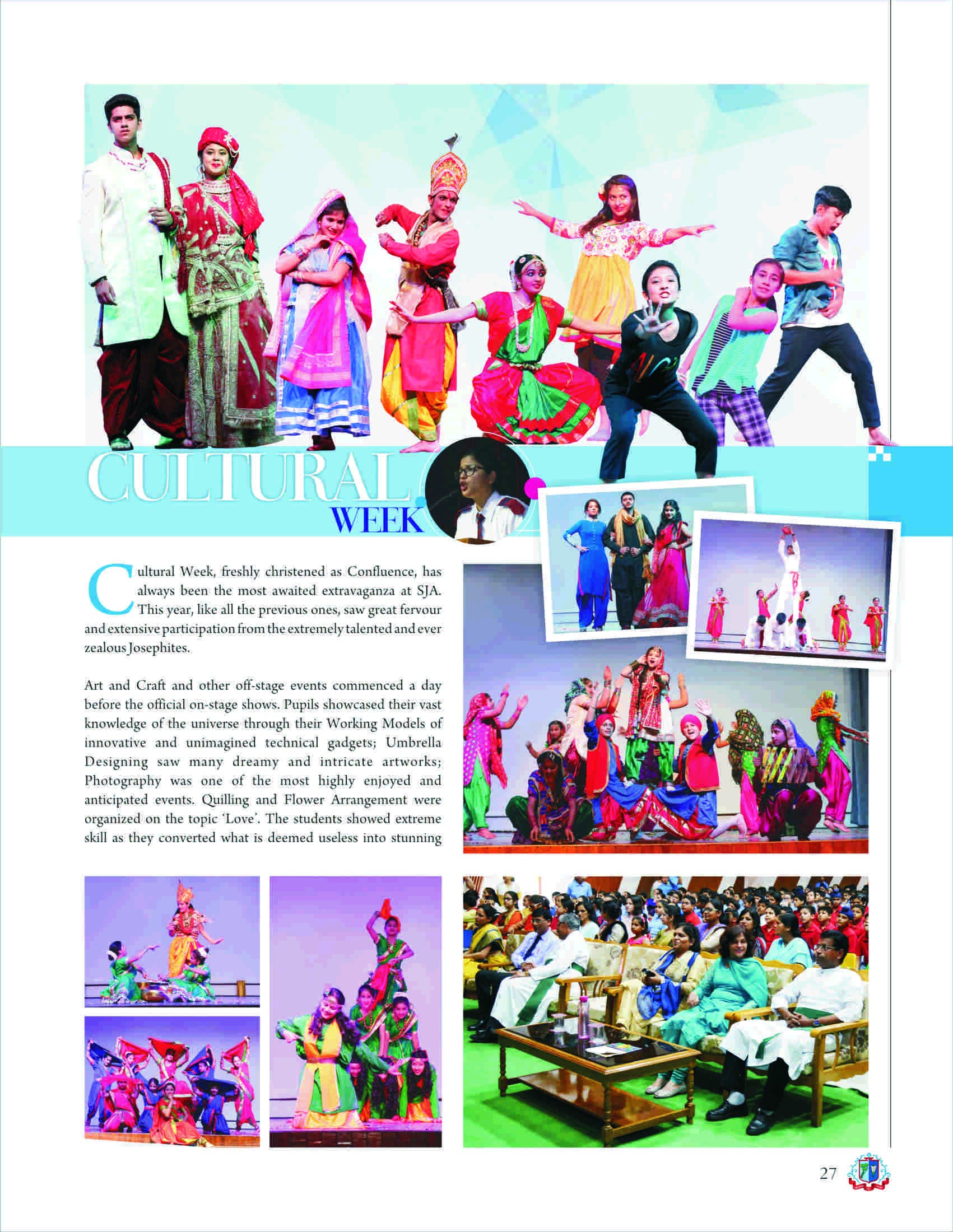 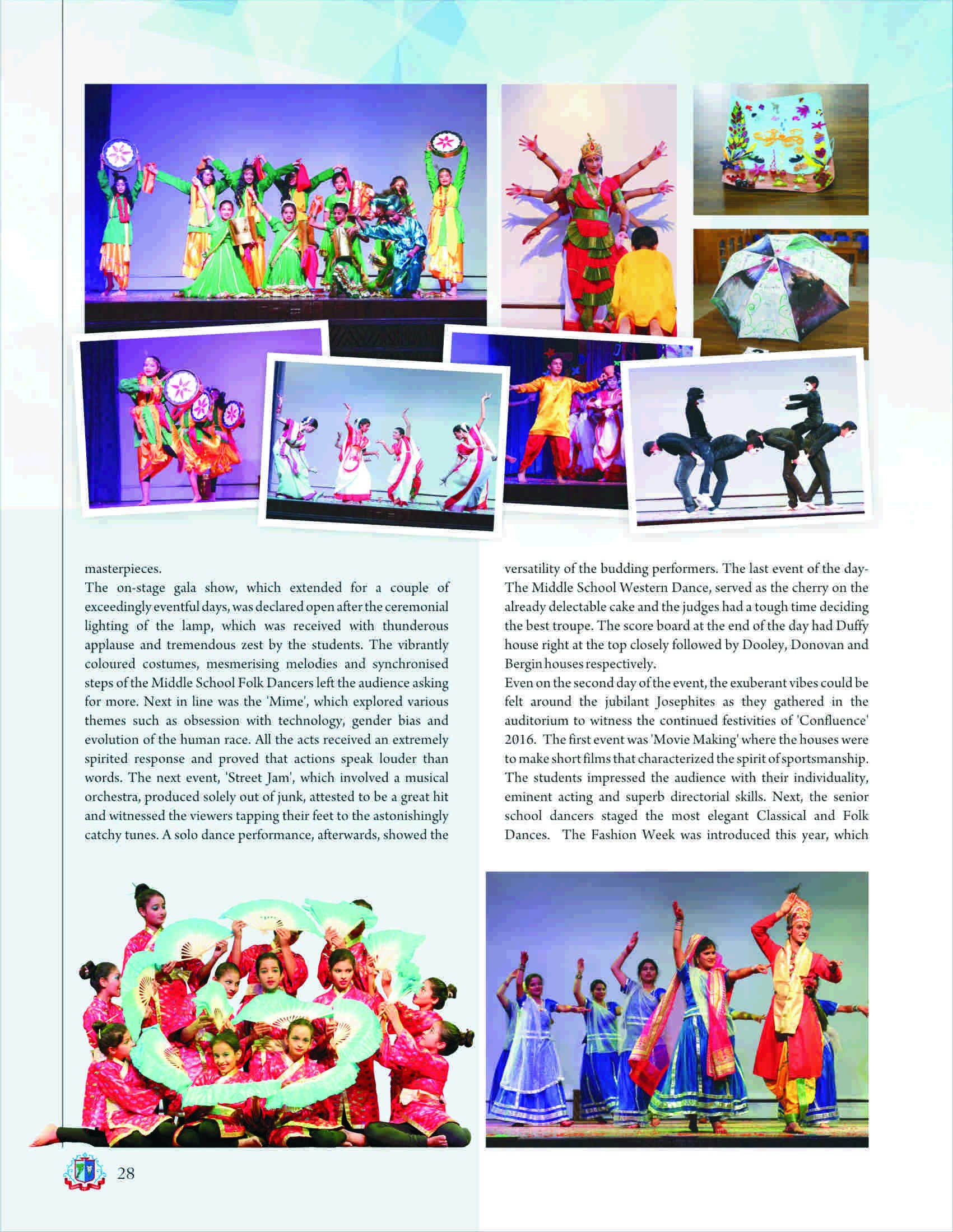 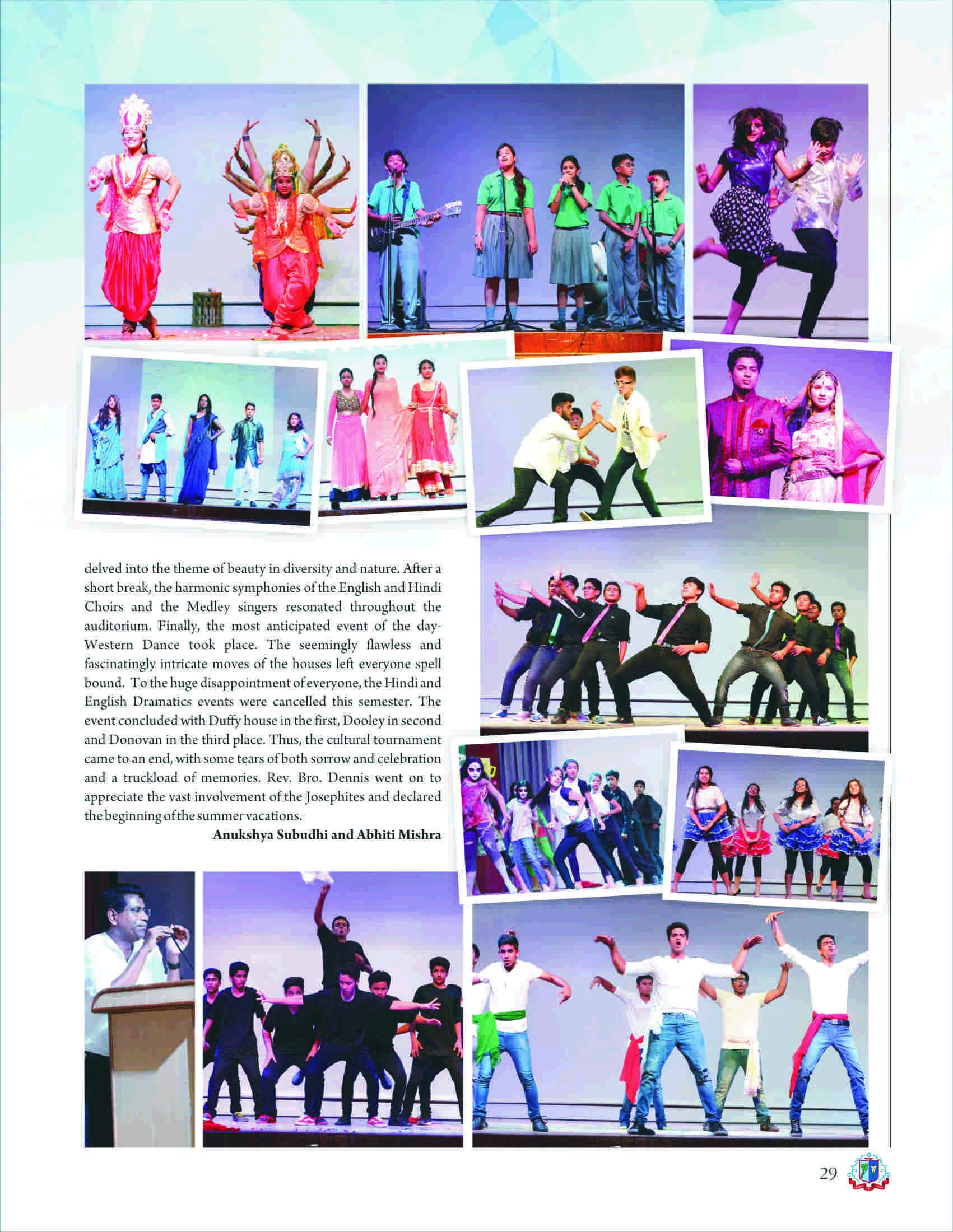 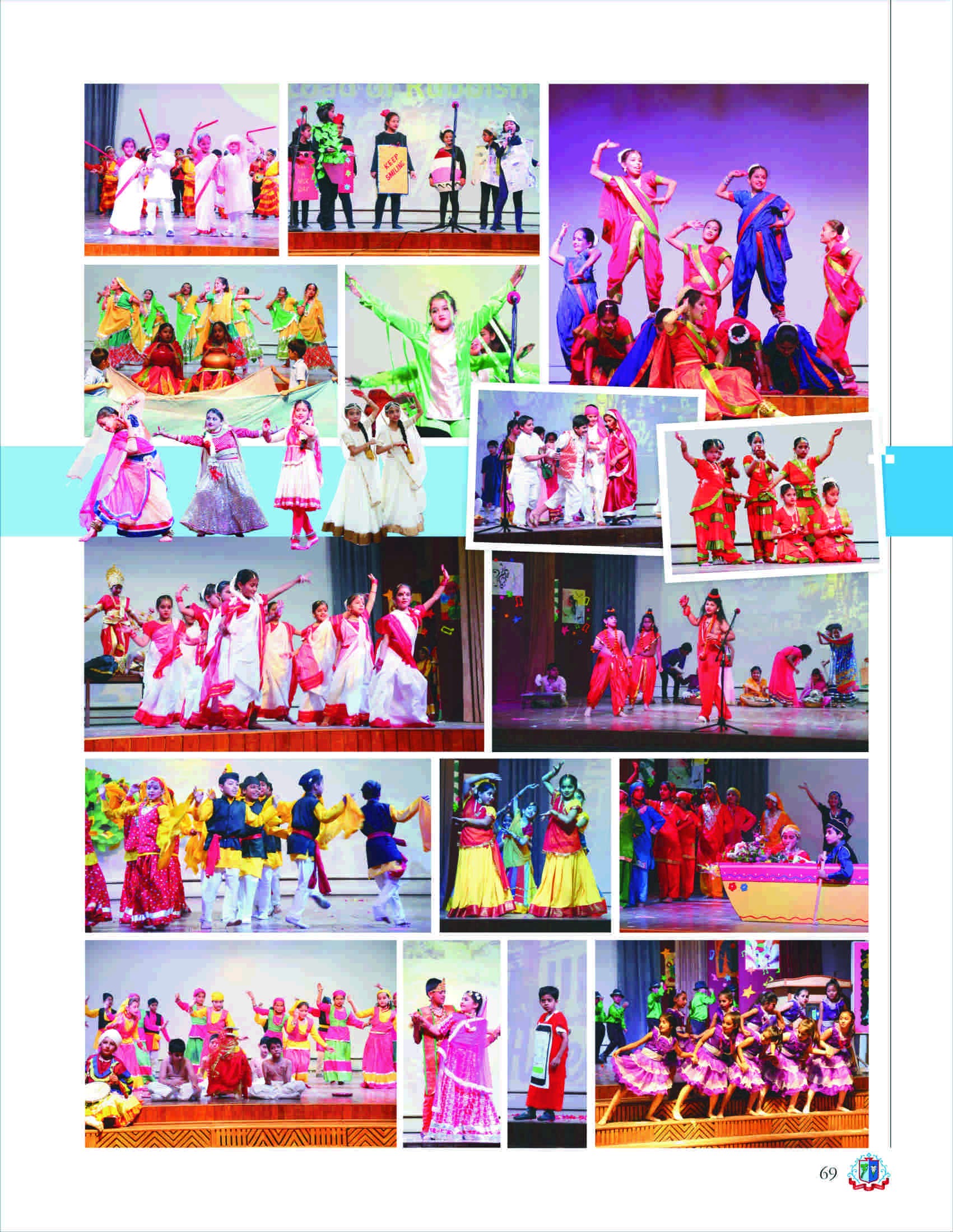